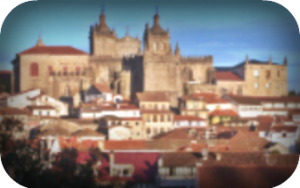 Viseu is located in the center-east region of Portugal with around 100.000 inhabitants. Its Origins go back to the Romanization times.This Region became a crossroads which linked Merida, Lisbon and Galicia.It was initially populated by Romans, Suebs, Visigoths and Moors. At  Roman´s time in this Area Viriathus emerged as the rebel leader of Lusitanian people. […]

Europe of the People. 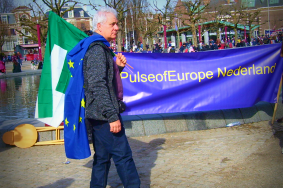 This Trip photo shows One of the Many Meetings of European Union Movements in which, along the Decates,  Mr. J.Giner has participated. He constantly supports all these Sozial  Movements in favour of a more Democratic and more Participative European Union of the Citizens. He says: “Till now the European Union has been fundamentally a Treaty of […] 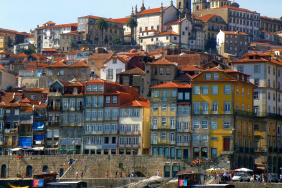 Porto is considered the second most important City of the Country, after Lisabon, in the north of Portugal.It has 2.5 million inhabitants.Located on the right side of the Duero river which ends in the Atlantic Ocean.Porto city itself has 15 districts.The south town has on one side the Duero River and the other side Vila […] 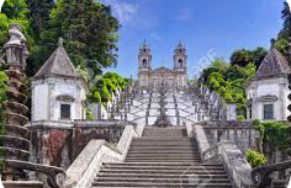 The present area of Braga was first occupied by humans already in The Megalithic Era.This is revealed by founded documented Vestiges.The Celtic civilization tribes occupied this Portugal Northern Region together with that of Galicia and Asturias of Spain. The Romans started to take over this Area around year 136 before Christ and had all under […] 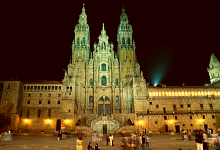 Places visited “making The way”  were from Lugo to Santiago-Compostela. Lugo was founded by the Celtic Inhabitants who called the town “Lugos” meaning a pan-Celtic God of light.Later, the Romans settled down in year 25 B.C. and called this location “Lucus Augusti” During the Middle Ages was a center of pilgrimage, due to its Cathedral with the consecrated Host.Lugo […]

Asturias is a  Spanish Region known to have been settled by human people already in the “inferior Paleolitic times”. (see, example of Altamira Caves…). Later on was invaded by The  Romans Empire,followed by “Suevos, Visigodos” and Muslims in VII Century. These latest inhabitants for short time. They were soon defited by “Don Pelayo” in Covadonga´s Battle. Asturias […]

Bilbao: We  give some local and Historical information as to best understand the places which i visited with my Clients. This town is the largest Municipality of the Basque Country with around 360.000 inhabitants  and the whole Metropolitan area with one million people.The main urban core surrounded by two mountain ranges of about 400mts high. […] 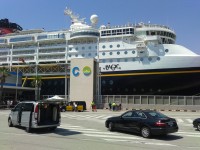 Mrs., P. Rendiles Says: As a Present to my daughter and to some Relatives from Venezuela I planned a Trip to Spain and a Sea-Cruise to the Mediterranean Sea.The Trip to Spain  was as follows: Madrid——–Mérida——–Sevilla——-Valencia———Barcelona——and Meditteranean Sea-Cruise. As the daily distances were very long  we decided to get the opinion of our two drivers, […]